"The unknown future rolls toward us. I face it, for the first time, with a sense of hope. Because if a machine, a Terminator, can learn the value of human life, maybe we can too." Get ready for the return of the Terminator movie we all love. James Cameron's 1991 sci-fi classic Terminator 2: Judgement Day is being re-released in theaters in 2017 in 3D. The Facebook page for the T2 movie confirmed and released a poster to go along with the news. If, like me, you went to one of the Universal Studios theme parks as a kid you probably fondly remember the Terminator 2 ride in 3D (called "T2 3-D: Battle Across Time"), pretty much the best use of 3D up until Cameron gave us Avatar. Here's to hoping this 3D conversion is as good.

Here's the poster for Terminator 2: Judgment Day in 3D in 2017 officially released to announce the news: 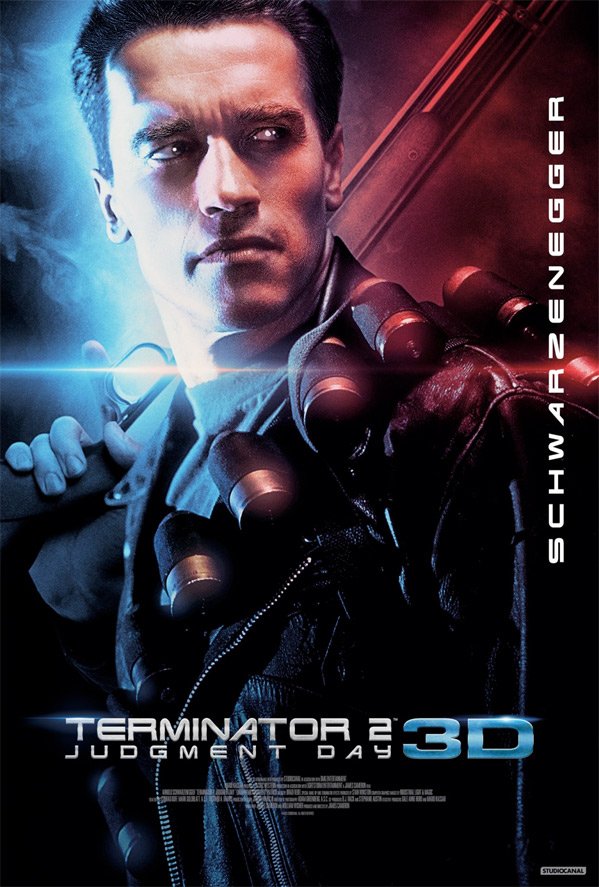 The announcement on Facebook included this great line: "August 29th 1997: The day Skynet first became self aware. August 29th 2016: the day you first saw the brand new poster for Terminator 2 in 3D. Coming to theaters in 2017." James Cameron's Terminator 2: Judgement Day was first released in theaters in July of 1991. An IMAX version of the film was released earlier this year. Linda Hamilton stars as Sarah Connor, with Arnold Schwarzenegger returning as The Terminator, plus Edward Furlong as John Connor, and Robert Patrick as the T-1000. No other details were announced yet, including who is responsible for the 3D conversion and if Cameron is involved. We also don't know the exact date in 2017 it will arrive, but we'll keep you updated once info is available. The top image is from the T2 3-D ride in Florida. Going to see this?

Ghibli's 'Spirited Away' Showing in Theaters Nationwide in December

Miyazaki is coming back to theaters! GKids and Fathom Events have announced a special 15th anniversa...

Malick fans, listen up! The Brooklyn Academy of Music, aka BAM, is hosting the US premiere of Terren...

"It is the quality of ones convictions that determines success, not the number of followers." Warner...

It might be finally getting a proper release - 10 years later. 20th Century Fox is letting theaters ...

"The unknown future rolls toward us. I face it, for the first time, with a sense of hope. Because if...

Legendary Actor / Comedian Gene Wilder Has Passed Away at Age 83

"Thanks for stopping by Earth for a while." -Olivia Wilde. Another legendary actor has passed away t...

Meet the 2016 Winners of the Jameson First Shot Filmmaking Contest